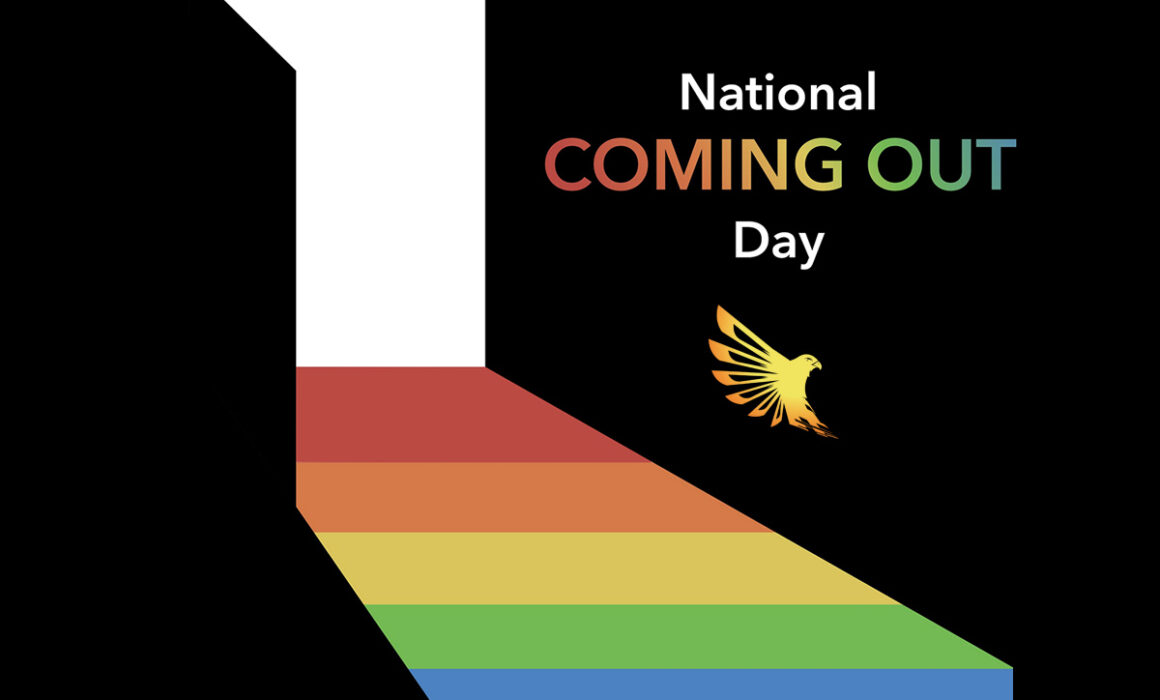 OCTOBER 2020 BLOG POST By Melvin Monette-Barajas, President and Executive Director of Indigenous Education, Inc. The home of the Cobell Scholarship.

I was married. For 9 years, I celebrated life with my best friend and our 2 daughters. It was the 80’s/90’s and I lived in ND in a time when there was no “Will and Grace”; and, “Ellen” was still in the closet. I knew I was different but couldn’t get myself to come to terms with who I am. We divorced and I was no longer a “we”; but I was a “me”. Who was I? I began to self-reflect, but not alone. I had a therapist – everyone should have a therapist at some point in their lives. But that’s a different story.

I studied me. I studied divorce. I study single-parenting. I studied being single for life. I studied gay. Yes, I studied myself out of the closet. I realized that I was closeted out of fear of many things but one of the things that scared me the most was “the Gay Cancer” which eventually became known as AIDS and then was broken down to HIV which develops into AIDS. I had a relative die before it had a name. Everyone whispered about him and his death. I hated that. I think, as I reflected back, that those moments made me want to ignore the feelings I had for other boys/men more than ever. So, I did what every good ND Catholic boy from my reservation was supposed to do – I got married and had a family. We were mostly happy because she was (and still is) a friend and we had good times together. But, we divorced.

Jumping ahead to the day I decided to acknowledge that I am gay, not the day I decided to become gay because one doesn’t decide to be gay – we just are. I told my family. It went well and it didn’t go well. Those stories aren’t important. My mother told me, “I always knew.” as many mothers do.

“Why didn’t you tell me or ask me? It could have changed my life.”

“It wasn’t up to me to tell you. You had to come to the realization yourself.” She said, in her kind and loving motherly voice.

“Please don’t tell anyone else. I am trying to figure this all out.” I begged.

“It’s not my story to tell.” She replied, simply. And we cried.

For National Coming Out day, I always come out. Not because there’s any great secret about my life and second marriage, to a man. But because I didn’t have any positive LGBTQ+ role models back then. I want young people to know they can come to me with their stories or pain and know that I will simply respond with my mother’s words, “It’s not my story to tell.”

I encourage you to listen to anyone trying to talk to you about what can be a very tough internal struggle, even in today’s more inclusive society. My hesitations were health and family. Both are very good now and for some reason, Creator allowed me to be spared a virus that killed so many friends and a few family members. I am eternally grateful for that. For those questioning their identity today, the hesitation remains about family; but, we add political to it. At any time, all the advancements in equality can be removed and a marriage (my own included) can be invalidated, a job can be ended, a hospital visit can be denied, an education can be rejected, an adoption can be stopped, a service can be denied, and so many other privileges we don’t think about can be taken from someone who identifies as LGBTQ+.

So, unless you have permission to tell someone’s story after they pour their heart out to you, don’t do it. You can inadvertently be harming them in some way. Simply and lovingly say, “It’s not my story to tell.” Oh, I always add a “Congratulations” and a hug – happiness for them validates that they are going to be ok.